Pakistan Interior Minister Rana Sanaullah said that the government's cabinet had decided it would not allow Pakistan Tehreek-e-Insaf to enter Islamabad under any circumstances.

Chairing an in-camera meeting in Islamabad, Sanaullah along with other representatives of law enforcement agencies, approved the strategies, Geo News reported.

Earlier, PTI Chairman Imran Khan directed party workers to get ready for the 'Haqeeqi Azadi March' in Islamabad and asked his party's leaders and workers to take an oath that they will participate in the long march considering it a Jehad for the country.

In the meeting, the members were briefed that around 20,000 people were expected to participate in the long march. The top security huddle decided to engage the Sindh Police, Rangers and FC to ensure law and order in the federal capital during the long march.

The Pakistan Army, under Article 245 of the Constitution, will secure public buildings and the Diplomatic Enclave in the Red Zone.

In the meeting, the members decided to impose a complete ban on carrying weapons. It was also decided that action would be taken against the federal employees who planned to support the PTI's long march, reported Geo News.

Directives were also issued to ensure freedom of movement and the functioning of educational institutions during the long march.

Earlier, on Monday, during a party meeting held at his Bani Gala residence in the federal capital, Imran Khan urged party workers from Khyber-Pakhtunkhwa and Punjab province to get all preparations ready for the decisive round of anti-government protests, The Express Tribune reported.

"This time freedom march will be carried out with full preparation," the former PM said as quoted by the publication.

As per the publications, the meeting was attended by senior leaders including Shah Mahmood Qureshi, Pervez Khattak and Yasmin Rashid.

It is pertinent to mention here that the PTI is trying to up the ante against the incumbent government, demanding them to hold early elections in the country.

PTI chief Imran Khan has over time, reiterated that "only early election can end economic, political crises in Pakistan" adding that timely elections would have saved the country from the economic crisis that it is facing today.

The ousted prime minister claimed that there is only one way for Pakistan to come out of the prevailing situation and that is to ensure fresh general elections in the country.

While addressing a mega rally last month in Punjab's Rahimyar Khan district, Khan said he would give the final call for anti-government protests when the time was ripe, asserting that it would come when he is assured that he can "take three wickets in one ball". 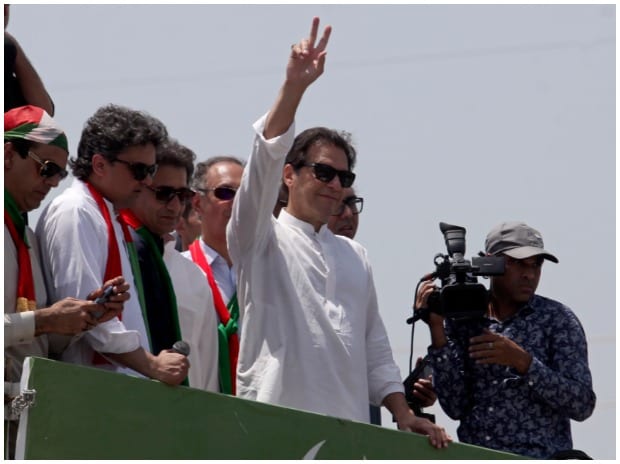