In Australia’s welfare sector obligations are ‘mutual’, but profits flow only one way

When someone loses their job and applies for the dole, they are sent to an outsourced job agency to get help looking for work. It triggers a payment to the provider – and the possibility of more to come.

The federal government will spend more than $11bn on the two main outsourced employment services programs over four years. The top companies – some of them multinationals – will rake in hundreds of millions of dollars.

When a single mother’s child reaches nine months, she can be sent to a work preparation support program. The taxpayer sends cash to the charity or for-profit running the program, sometimes to check she is sending her children to playgroup or “storytime” at the library.

Those on the jobseeker payment may be sent to work for the dole, or a training course, which is sometimes run by the same company as the provider, or a related film.

And if you get a job yourself? The provider can still claim a payment. If you find yourself back on Centrelink payments, you return to a job agency. The money-go-round keeps spinning.

Since the Commonwealth Employment Service was wound up and the system was privatised in the late 1990s, a vast network of private job agencies and related training companies dependent on government contracts has formed: an “unemployment industry” fuelled by the ideological mantra of “mutual obligation” that guarantees their business model.

Some readers have been shocked by examples of the mutual obligations revealed by Guardian Australia over the past few weeks.

That includes those told to travel long distances – in one case a 250km round trip – for “tick and flick” appointments. Another person had to skip work to attend a job agency.

Then there are the courses: including basic computer and literacy tests and others such as “understanding body languages” and “making decisions”.

Last week we revealed how the industry successfully lobbied the Department of Employment and Workplace Relations to allow the practice of “same entity” course referrals to continue. 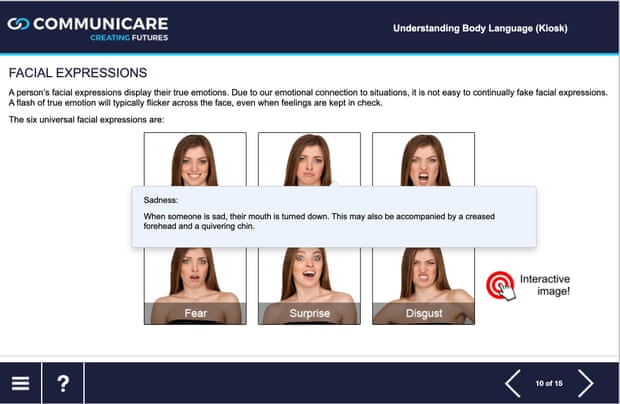 While some cases have emerged as part of our reporting on the new Workforce Australia system, advocates and jobseekers have rightly pointed out many of these problems have existed for years.

Some of the jobseekers interviewed by Guardian Australia over the past few months have struggled to get help when they needed it; others who did not need help were shuffled into “busy work” activities.

Alex North, once a jobseeker and welfare activist and now an organiser with the United Workers Union, recalls his time in the Employability Skills Training program, which is being expanded under Workforce Australia. More than $500m will flow to private providers via the program over the next five years.

The tasks he was given to fulfil the program included a “scavenger hunt” that involved counting car parks and listing the items in a vending machine at an Adelaide training provider – the winner receiving a freddo frog.

North already had a forklift licence, and had worked in hospitality, retail and warehousing as a picker and packer. But because he had been on the dole for a set amount of time, the system insisted he undertook employability training.

On other days, he says, he was asked to copy text from paper to Microsoft Word, and create a fake business, including a logo.

“It was pretty humiliating,” he says. “Most people were just going through the motions.”

Former employment consultants, meanwhile, have told of referring jobseekers to online courses – at cost to the taxpayer – in areas their clients had no interest in. This occurred, they say, because it is the easiest way to game the key performance indicators that determine market share.

In other cases, it allowed agencies to receive extra direct payments.

One man who worked at a major for-profit provider for several years says: “A lot of people were saying, ‘Hey, this isn’t going to get me a job?’ And basically, our answer was, ‘It doesn’t matter what’s on offer, this is what you have got to do. It’s either this, or go get a job, or we’ll cut you off your services.’”

Experts agree that some unemployed people need support and guidance to get back into the workforce. That is particularly true in a period of low unemployment such as now, when a greater proportion of those on benefits are long-term unemployed.

But the evidence suggests the combination of a privatised employment services system and mutual obligations is producing perverse outcomes.

The winners are the private companies and charities that refer clients and/or provide programs; the losers are the unemployed, the disadvantaged and the taxpayer.

What are mutual obligations?

People getting Centrelink payments must complete these tasks and activities in order to receive their benefits. The obligations vary depending on a person's circumstances and are listed in a "job plan", which people on benefits must sign with their job agency to get their first payment. To meet their mutual obligations, people on the new Workforce Australia program can complete various activities each month, such as job applications or education and training. These tasks are allocated a number of "points" and most jobseekers need to reach 100 points to keep their benefits.
Jobseekers in the Disability Employment Services program must also agree to a job plan with their consultant, which generally sets how many job applications they must send off each month. But they are not subjected to the points system. Those on the ParentsNext program must agree to a similar plan – and complete tasks related to pre-employment preparation or parenting – to receive their payments.

What happens if people don't meet their mutual obligations?

They will receive a "payment suspension", which means their benefits will be temporarily stopped unless they agree to rectify the problem with their job agency. They have two days to do this or their payment may be delayed. The suspension is generally automated. Those found not to have a "reasonable excuse" for failing to meet their obligations will be given a "demerit point" by their job agency. After a sixth demerit point, jobseekers can have their payments docked by 50% or 100%, and then stopped completely.

The introduction of Workforce Australia is the biggest shake-up of the system since it was privatised by the Howard government in the late 1990s. After voting for the legislation that enabled the new system, Labor has now announced a parliamentary inquiry to investigate it.

In a laudable attempt to avoid the problem of job agencies neglecting the most needy jobseekers, Workforce Australia cuts the number of welfare recipients sent to the privatised agencies.

Only those considered disadvantaged will be sent to providers, while others fulfil their mutual obligations through an online platform.

While still in its early days, some jobseekers transferred from the old system to Workforce Australia have noticed little difference in the quality of the service. Emily Rayward, who is completing a PhD in creative arts, told of being made to do an online personality test at her first appointment. While she apparently had a “love of learning” but little “zest” or “spirituality”, there was little or no discussion about any relevant employment opportunities.

“It feels very frustrating that these job agencies are receiving all this money for what feels to be very pointless activity, while welfare itself sits below the poverty line,” Rayward said.

New system or not, as long as jobseekers are subjected to rigid, mutual obligations enforced by private organisations with an inherent profit motive, the money-go-round will only continue.