Donald Trump asked the US supreme court yesterday to partially reverse an appellate court decision that prevented the special master, reviewing for privilege protections materials seized by the FBI from his Mar-a-Lago resort in August, from examining 100 documents with classification markings.

The motion to vacate the ruling by the US appeals court for the 11th circuit represents the former president’s final chance to reinsert the 100 documents into the special master review – and potentially exclude some from the investigation into whether he illegally retained national defense information.

In the emergency request, Trump’s lawyers argued the appellate court lacked jurisdiction to overrule the trial judge and decide that the justice department should regain access to the 100 documents and the special master should be prohibited from examining them in the review.

The technical motion contended that although the 11th circuit was not wrong to allow the justice department to regain access to the 100 documents for its criminal investigation, it lacked jurisdiction to curtail the special master process.

What else has emerged about the documents? A lawyer for Donald Trump refused to report to the Archives that the former president had turned over all Oval Office documents as required out of concern that the claim was a lie, the Washington Post is reporting.

What have we learned from Confidence Man by Maggie Haberman? The former president really doesn’t like Mitch McConnell, and he apparently relentlessly mocked Jared Kushner, his son-in-law and adviser and made many many diplomatic faux pas. Here are the key takeaways. 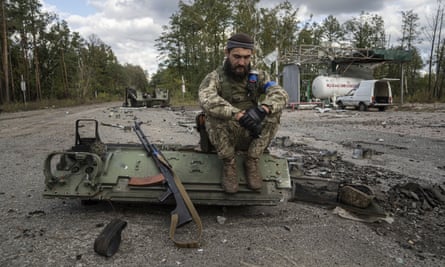 A Ukrainian soldier smokes a cigarette after finding and identifying the dead body of a comrade in Lyman, Ukraine. Photograph: Evgeniy Maloletka/AP

Ukraine has continued to liberate territory in the east and the south of the country, Volodymyr Zelenskiy has said, as Russian defence ministry maps appeared to show rapid withdrawals of its invasion forces.

The ministry’s daily video briefing made no mention of any pullbacks, but on maps used to show the location of purported Russian strikes, the shaded area designating Russian military control was smaller than the day before.

The maps included in Tuesday’s daily military briefing showed Russian forces were no longer in control of the village of Dudchany on the west bank of the Dnieper River, where Ukraine’s forces have been pushing to reclaim territory captured at the start of Moscow’s offensive.

Meanwhile, Russian President Vladimir Putin has signed the four laws ratifying the Russian Federation’s claimed annexation of the occupied Ukrainian regions of Donetsk, Luhansk, Zaporizhzhia and Kherson. Russian forces do not fully control any of the four areas.

What else is happening? Here’s what we know on day 224 of the invasion. 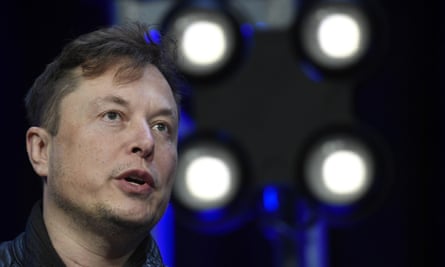 Elon Musk had been warned he had a slim chance of successfully walking away from the Twitter deal. Photograph: Susan Walsh/AP

Elon Musk has offered to complete his proposed $44bn (£38bn) acquisition of Twitter in a dramatic U-turn on his decision to walk away from the deal.

Lawyers for Musk confirmed in a court filing on Tuesday that the world’s richest man is prepared to push ahead with the transaction on the agreed terms after months of legal drama.

The filing followed a report from Bloomberg on Tuesday that the Tesla chief executive had written to Twitter offering to close the deal at the original price of $54.20 a share, which resulted in a temporary suspension of trading in the company’s stock as the price rocketed more than 12% in New York. The shares closed up 22.2% at $52.

Musk had been set for a courtroom showdown with Twitter on 17 October, with multiple legal commentators warning he had a slim chance of succeeding in his attempt to scrap the deal.

Why did he change his mind again? Anat Alon-Beck a law professor at Case Western Reserve University in Ohio said Musk appeared to be “finally listening to his lawyers”. Musk was due to be questioned under oath by Twitter lawyers on Thursday and Friday as part of preparations for the Delaware trial. “He will be a fool to not at least try to buy the company now and avoid [a deposition],” said Alon-Beck, claiming that Musk “has no defence on trial”. 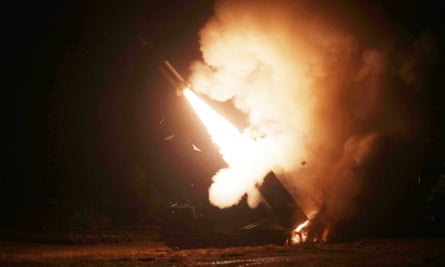 South Korea’s military has apologised after a missile it launched during a drill on Tuesday malfunctioned and crashed to the ground, causing alarm among nearby residents who thought they were under attack from North Korea, which had test launched a missile earlier in the day.

Actor Kevin Spacey faces the first of a series of sexual abuse claims, dating back decades, tomorrow in New York in a trial that may come to overshadow a glittering career on stage and screen that included two Oscars and numerous other top awards.

The death toll from Hurricane Ian continued a grim and steady climb yesterday, as officials in Florida laid out the next stages of the recovery effort and Joe Biden prepared to tour some of the worst-hit areas. Unofficial figures have recorded more than 100 killed by the category 4 storm.

The new British prime minister’s cabinet is in open warfare, with the home secretary accusing fellow Tory MPs of a coup against Liz Truss. On another chaotic day at the Conservative party conference, ministerial discipline broke down, with colleagues disagreeing over key policies and bitter infighting. 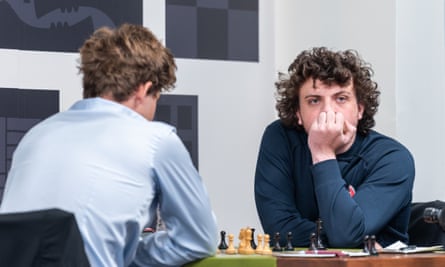 The latest bombshell in the scandal that has rocked the chess world to its foundation dropped yesterday when an investigation into the games of Hans Niemann found the American grandmaster has cheated far more frequently than previously disclosed. The 72-page report, conducted by Chess.com and initially reviewed by the Wall Street Journal, found that Niemann “likely received illegal assistance in more than 100 online games” as recently as 2020, including in events where prize money was at stake. 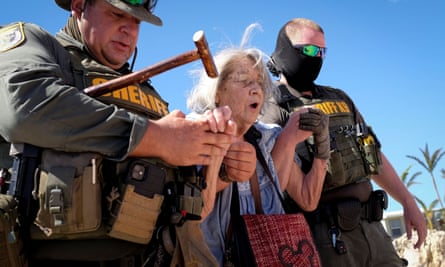 Hurricanes nearly always hit senior communities particularly hard; a study found Hurricane Irma in 2017 caused more than 400 nursing home resident deaths as the storm cut power supply. Half of the nearly 1,000 deaths during Hurricane Katrina in 2005 were individuals 75 or older. In a state like Florida – popular with retirees seeking warm weather, cheap property and beautiful beaches – hurricanes hit elderly people hard. There have been numerous dramatic rescues and narrow escapes of seniors who were stranded as storm surges flooded their neighborhoods. 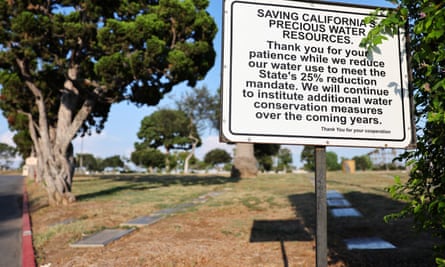 California has witnessed its three driest years on record and the drought shows no signs of abating, officials said Monday. The dry spell set the stage for catastrophic wildfires and has strained water resources and caused conflicts over usage. “We are actively planning for another dry year,” said Jeanine Jones, drought manager for the state’s department of water resources, who was discussing California’s status at the conclusion of its water year, which ended 30 September. Fuelled by the climate crisis, rising temperatures exacerbate and intensify drought conditions. 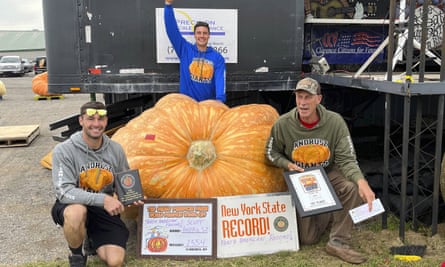 He set out to squash rivals’ dreams and he succeeded. Retired commercial farmer Scott Andrusz spent sleepless nights tending a giant gourd in his field and finally came up with a new US record – a plump pumpkin weighing in at 2,554 pounds. The latest record holder for heaviest pumpkin grown in the US tended his prize pie filling in upstate New York and pureed the previous record holder, a grower in New Hampshire whose 2,528 monster set the national standard in 2018, but in the end it wasn’t a patch on Andrusz’s.

Due to technical difficulties yesterday’s First Thing wasn’t sent out. We apologise for the unexpected break.

First Thing is delivered to thousands of inboxes every weekday. If you’re not already signed up, subscribe now.